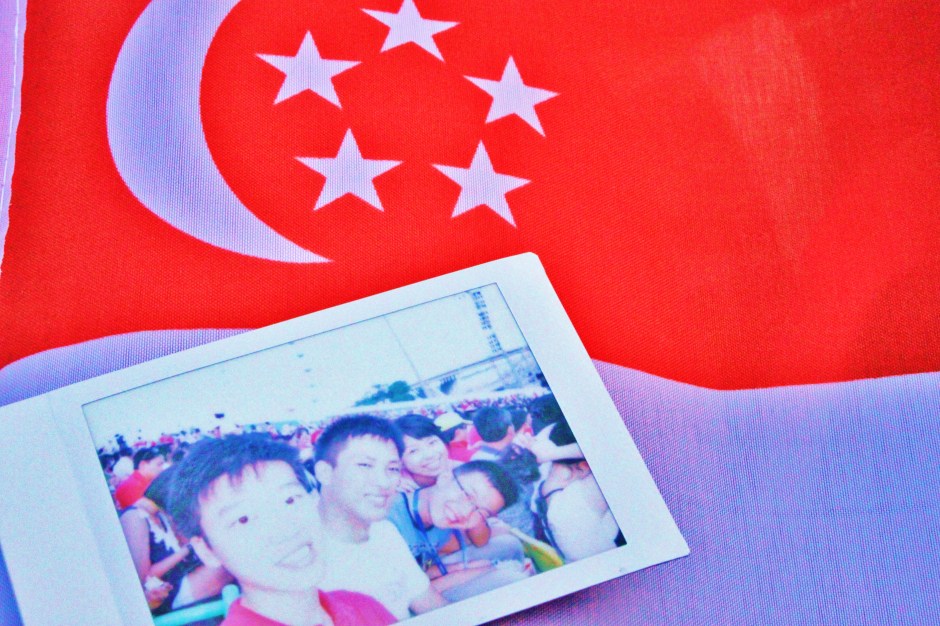 Tomorrow marks the 46th year of independence Singapore achieved from Malaysia in 1965. One cannot deny the overwhelming achievements this country has made over these 46 years. The people worked hard to have better lives, and against all odds, managed to bring a country from its knees to become an economic miracle we see today. These may sound cheesy to many Singaporeans, who have been reading such sentences since young in their Social Studies textbooks, praising the government’s efforts to bring prosperity and progress to a Third-world country. Indeed, we have come a long way, and today lets give our country an early birthday present, by declaring our loyalty to the country.

Every time I step foot at Changi Airport after my trips overseas, I will always blurt out, ” Hmm, home is still the best.” As I take a taxi with my family for a long trip back home in the west, I would look out of the window and appreciate the long straight boulevard of beautiful trees and bougainvillea flowers, beckoning a welcome back home. Halfway through my journey back home, I would peer out of the window when the taxi reaches Benjamin Sheares Bridge and admire the amazing Singapore skyline at Marina Bay. Sometimes, I would lament about the lack of height in Singapore’s downtown buildings, while other cities in Asia are embarking on an never ending competition of building the tallest and the best. However, I would always think to myself, tall buildings never represent power and wealth of a city or country. Kuala Lumpur and Taipei has some of the tallest buildings in the world, but their GDP per capita cannot be compared to Singapore’s, which is higher than most Scandinavian countries. Burj Dubai may be the tallest building in the world, but Dubai is not gaining as much attention from the world as it thought it should as a major economic centre.

Over the years, I have witnessed drastic changes to Singapore’s physical landscape over the years with the emergence of expats from foreign countries as well as foreign labour to in the construction sector amidst the construction and building boom in the late 2000s. While this has led to discomfort among Singaporeans and strain on public facilities and public transport, the government has repeatedly backed their foreign talent policies and cheap labour policies by giving the factors of economic growth and lack of human resources as reasons to bring in more foreigners to help propel Singapore’s economy. The dissatisfaction among Singaporeans grew when the huge influx of foreigners seem to be very noticeable on trains, buses, on the streets, restaurants and even in schools. It seems like the government did not expect Singapore’s population to reach 5 million in such a short period of time, putting a strain on public transport. A government who once pride itself for being pragmatic and forward-looking, actually did not foresee a huge increase in population growth, resulting in the decline of public facilities we see today.

I have heard complains about foreigners snapping up places in the 3 main universities in Singapore, and leaving many Singaporeans who cannot enter these prestigious universities baffled and enraged. Again, they point fingers at the foreigners for  taking away what they believed were theirs, and blamed the government for giving priority to foreigners instead of Singaporeans.

Of course, all these complaints do not go unheard. In fact, something I feel interesting about our government is that on the surface, they try to defend their policies and justify their actions which may look arrogant among the public, but you actually see them making changes to improve. Over the past few years, we see the completion of one of the most complex subway lines in the world-the Circle Line. This helps to address demands for more lines to serve different areas in Singapore. Before the Circle Line was built, the MRT system was not really considered a network because there were no lines to join the Red, Green and Purple Line. Now, with more lines being built, like Downtown Line and Thomson Line, we can look forward to a better public transport system to serve the ever-increasing population in future years. A fourth national university is currently being built at Changi, Singapore University of Technology and Design, which stresses the importance of the balance between sustainability and design. This university seems to strike a chord with many students who do not like the mundane life of the other universities, and prefer a course which celebrates creativity and expression. This shows the government’s willingness to heed the advice of Singaporeans to improve for the benefit of the country.

Singapore may have many flaws, but because we are still a young nation, we have a lot to learn from matured states and democracies. President Nathan, who is stepping down soon for the next generation of leaders to take over, mentioned that Singapore is still not a perfect place or more affectionately known as utopia as many foreigners sarcastically put it, because we are only 46 years old, and many things, governance, economy, law, and society still have a long way to go before they are fine-tuned and perfected. It will definitely take another half a century before Singapore can call itself a successful country. As what he said, being wealthy does not equate to the success of the nation. And he is very right. We shall not procrastinate, take everything we have for granted, and be complacent. We must continue to strive for a better tomorrow, and show the world how a small and young nation is able to survive the dynamically-evolving global environment.

Why are we continuously pinpointing the flaws, but not praise the things that are done right? Why cant we compare ourselves with many other countries who are not as fortunate as we are, and pat on one another’s shoulders and say, well done. At least we do not go hungry every day and fear for the safety of our loved ones. Why must we succumb to foreign criticisms about us? Why cant we just hold our heads up high and say, at least we dont need to worry about corruption and violence? I am proud of Singaporeans. Yes, sometimes, they get very grumpy, they can be very rude on the streets, but at least I know these are the people who are willing to work and contribute to the nation, whether it is education, law, economy or security. So today, I would like to take this opportunity to thank everyone who contributes or did their part in contributing to the society, be it teachers, lawyers, economists, policemen, and cleaners. Everyone of us plays a part in building a nation we are proud to call home. Happy Birthday Singapore.

2 thoughts on “A Message of Love”